We are so very proud of the expansion of the GES program now that we have embarked on year three in which we have expanded to 22 states and are showing no signs of slowing down! It is because of the addition of the very best in the coaching and scouting industry!  Today’s addition is without a doubt no exception!

Brandon Williams represents the very best when it comes to taking chances and being resilient enough to make the risk proof to be worth it. When he took the chance to leave his home state of Nebraska to attend The University of Michigan, it would be a decision that would pave the way for a great future in the NFL and then in coaching and player development. 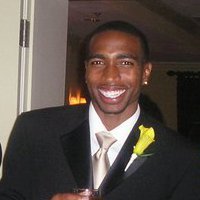 After a long career in the NFL spanning 6 teams as well as one in the CFL, Williams has established himself as one of the top speed and secondary coaches in the state of Texas. This is where he brings his vast coaching experience to develop all levels of football players from youngsters all the way to the high school and college ranks.

Coach Williams is surrounded by a team that is second to none with  his wife Stephanie ad two boys that are built out of blue twisted steel in Jayvont and Brayden!

We welcome this outstanding addition as we continue to develop in the great state of Texas!