Mike Gittleson is one of my all-time favorite heroes.  My Dad hired Mike in the summer of 1978 as the very first strength and conditioning coach in the history of The University of Michigan Athletics. He served Michigan football faithfully for 30 years and was one of my Fathers’ most trusted advisors. 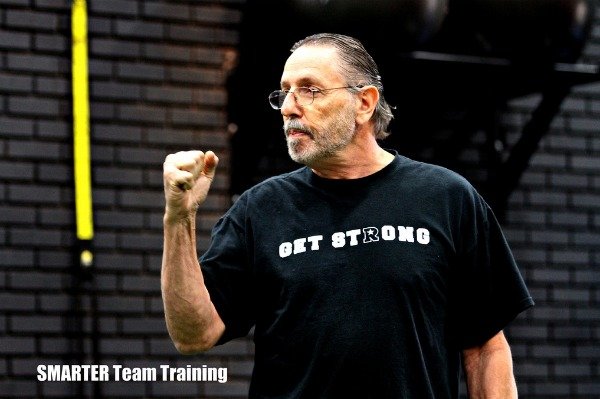 One of the reasons that made him special was his unrivaled reverence for the history of the Michigan program. Like my Father, Mike took it upon himself to learn the rich history that included Coach Fielding H. Yost who is regarded as one of the greatest coaches in Michigan history. He harnessed that reverence into true motivation for each and every player that he coached.  One day, he took the following passage from Coach Yost and hung it at the entrance for every player to read and commit to memory. The sign reads as follows:

“… no man can be a football player who does not love the game.  Half-heartedness or lack of earnestness will eliminate any man from a football team.  The love of the game must be genuine.  It is not devotion to a fad that makes men play football; it is because they enjoy their struggle.”

There is no one that I know of today that has the loyalty of the players that were fortunate to work Mike,  it is because he made them understand what it takes to be successful!  Thank You Coach Yost and Coach Gittleson!

"I have known Shemy for roughly 20 years in this industry and have always appreciated the unique perspective that he has. He has been around college and professional football his entire life and has a very good understanding of what it takes to build a championship caliber team. He is a tireless worker with a strong desire to "get it right" who has spent 18+ years as a talent evaluator at the highest level of the game. I am confident that his unique perspective and experience will be an asset to any organization that brings him on board in an advisory role."
– Trent Baalke